The cytotoxicity is a very important aspect, as destruction of healthy living cells around the wound will have a negative impact on the healing process. Out application allows to make a quick, fully automated evaluation of live/death cells. It is dedicated for fluorescence staining with propidium iodide and AM calcein.

Cytotoxicity - check the quality of being toxic to cells 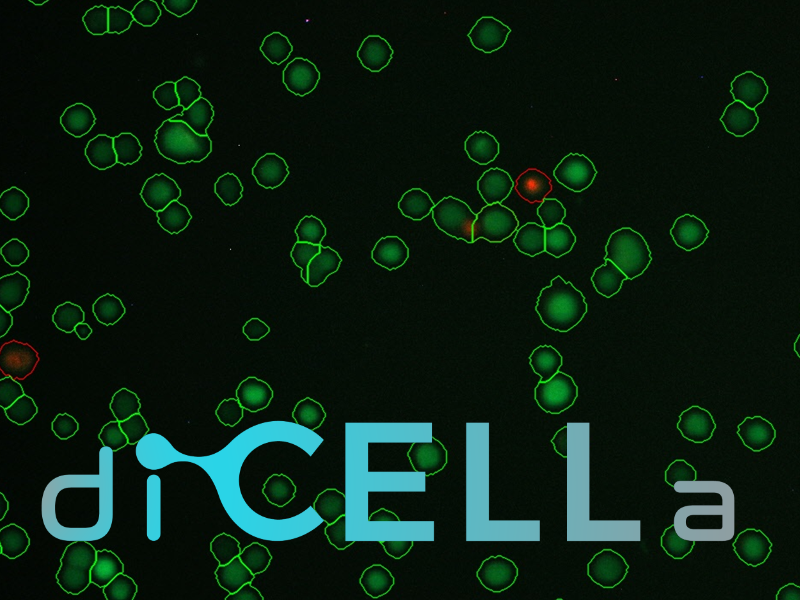 diCELLa Cytotoxicity ASSAY is an application that allows you to quickly analyze results of your experiment. Given only unmodified images our algorithm calculates the live/dead cells ratio and provides you with a number of useful information.

Our solution is fast, automatic, reliable and most of all helps you avoid time-consuming and not always ideal manual analysis.

How to use it?

To use the diCELLa Cytotoxicity ASSAY you need to upload a number of images (max. size 7MB) in any format. The software works on images taken using light microscope and is dedicated for fluorescence staining with propidium iodide and AM calcein..

Results are available to download in txt or pdf format just few seconds after running the experiment in Image Service. They consist of number of live cells, number of dead cells and an output image with marked live cells.

Create an account on our Image Service platform, buy dicellons and exchange them to upload your images.

If you want to use your results in a scientific paper or during a speech at a scientific conference, contact us to get a discount! 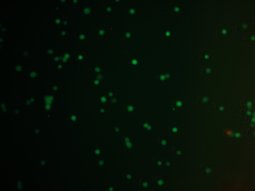 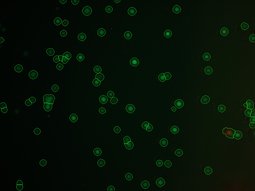 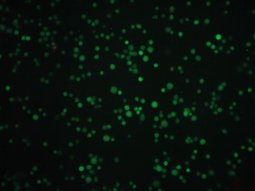 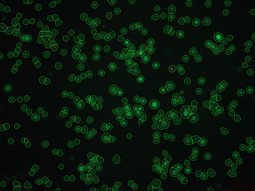 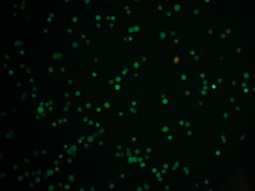 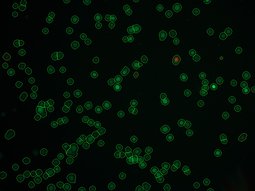 A cytotoxicity assay is incredibly useful in pharmacology and toxicology. In particular, it is used in an oncological research to rate compound toxicity, likewise a tumor cell growth inhibition during drug treatment. Those methods are rapid and inexpensive, however, the evaluation remains non-automatic and tedious for scientists.

It is feasible thanks to the different cells functions, e.g. changes in cell membrane potential, ATP production, co-enzyme production, enzyme activity and nucleotide uptake activity. Experiments in this area are focused on observing how many viable cells are remaining after the drug treatment [1], [2], [3].

One of the most commonly used parameter for this aim is the assessment of cell viability. It is ratio of live cells to all of them expressed as a percentage value [4], [5].

This application allows to make a quick, fully automated evaluation of live/death cells. It is dedicated for fluorescence staining with propidium iodide and AM calcein. The version for a trypan blue staining is under development. Those substances are the most frequently chosen dyes in the cytotoxicity assays [6].

In both staining methods, the state of cells membrane allows to distinguish between alive and dead cells.

How it is working?

In the test with propidium iodide (PI) is being used the calcin AM dye simultaneously. PI marks dead cells by means of staining DNA red in the cell nucleus. On the other hand, AM delves into the cytoplasm and accumulates there in healthy cells, emitting light of green color [9], [10].

The cytoplasm in the test using Trypan blue remains clear for living cells with an undamaged cell membrane. In contrast, the cytoplasm for dead cells is blue-coloured [11].